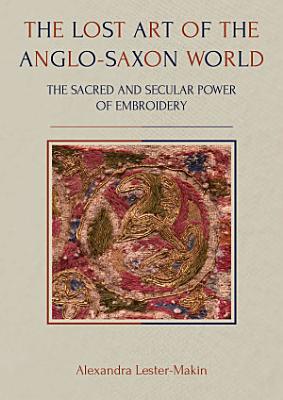 This latest title in the highly successful Ancient Textiles series is the first substantial monograph-length historiography of early medieval embroideries and their context within the British Isles. The book brings together and analyses for the first time all 43 embroideries believed to have been made in the British Isles and Ireland in the early medieval period. New research carried out on those embroideries that are accessible today, involving the collection of technical data, stitch analysis, observations of condition and wear-marks and microscopic photography supplements a survey of existing published and archival sources. The research has been used to write, for the first time, the ‘story’ of embroidery, including what we can learn of its producers, their techniques, and the material functions and metaphorical meanings of embroidery within early medieval Anglo-Saxon society. The author presents embroideries as evidence for the evolution of embroidery production in Anglo-Saxon society, from a community-based activity based on the extended family, to organized workshops in urban settings employing standardized skill levels and as evidence of changing material use: from small amounts of fibers produced locally for specific projects to large batches brought in from a distance and stored until needed. She demonstrate that embroideries were not simply used decoratively but to incorporate and enact different meanings within different parts of society: for example, the newly arrived Germanic settlers of the fifth century used embroidery to maintain links with their homelands and to create tribal ties and obligations. As such, the results inform discussion of embroidery contexts, use and deposition, and the significance of this form of material culture within society as well as an evaluation of the status of embroiderers within early medieval society. The results contribute significantly to our understanding of production systems in Anglo-Saxon England and Ireland.

The Lost Art of the Anglo-Saxon World

Art and Worship in the Insular World

The book examines the lived experience of worship in early medieval England and Ireland, ranging from public experience of church and stone sculptures, to monas

The Lost Art of the Anglo-Saxon World

The Lost Art of Profanity

This book has one central theme: how, in the United Kingdom, can we create better cities and towns in which to live and work and play? What can we learn from ot

History of The World (e-book)

Why did the ancient Egyptians build pyramids? Do you know the reasons behind the outbreak of the First World War? Find answers at a glance and cross-check them

The Lost Art of Conversation