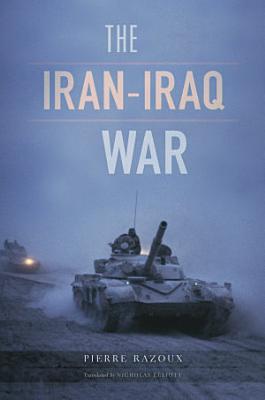 From 1980 to 1988 Iran and Iraq fought the longest conventional war of the century. It included tragic slaughter of child soldiers, use of chemical weapons, striking of civilian shipping, and destruction of cities. Pierre Razoux offers an unflinching look at a conflict seared into the region’s collective memory but little understood in the West.

A comprehensive account of the Iran-Iraq War through the lens of the Iraqi regime and its senior military commanders.

From 1980 to 1988 Iran and Iraq fought the longest conventional war of the century. It included tragic slaughter of child soldiers, use of chemical weapons, str

This book is a major reinterpretation of the Iran-Iraq War and is a source for reexamining the U.S. involvement in the Gulf. Pelletiere demonstrates that the wa

This volume offers a wide-ranging examination of the Iran–Iraq War (1980–88), featuring fresh regional and international perspectives derived from recently

The Iran-Iraq War, which ended in the summer of 1988, a month short of its eighth anniversary, is undoubtedly the Third World's longest and bloodiest conflict i

The Superpowers' Involvement in the Iran-Iraq War

The Iran-Iraq War (1980–1988) is a cornerstone of the Islamic Republic of Iran’s existence. It entrenched the newly established regime and provided the mean

The Iran-Iraq War was personified by the determination and ambition of the key leaders, Saddam Hussein and Ayatollah Khomeini, and characterised by mass casualt