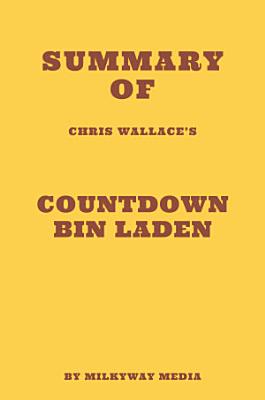 Buy now to get the main key ideas from Chris Wallace's Countdown bin Laden In Countdown bin Laden (2021), Chris Wallace, alongside Mitch Weiss, sets out a detailed account of the CIA’s 247-day preparations for the raid that ultimately led to Osama bin Laden’s death. Wallace and Weiss write a thrilling new description of the last eight months of CIA gatherings and careful military preparations that resulted in the revenge that the US had been looking forward to for ten years. Countdown bin Laden, published on the twentieth anniversary of the 9/11 attacks, immerses readers in a dramatic depiction of the long-awaited and carefully planned operation to capture the man behind the worst terrorist attack in US history and bring him to justice.