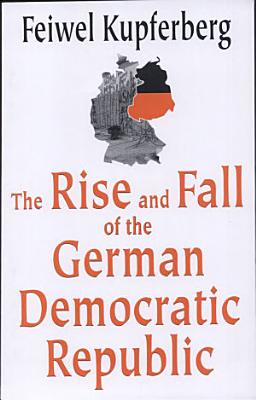 Most public debate on reunited Germany has emphasized economic issues such as the collapse of East German industry, mass unemployment, career difficulties, and differences in wages and living standards. The overwhelming difficulty resulting from reunification, however, is not persisting economic differences but the internal cultural divide between East and West Germans, one based upon different moral values in the two Germanies. The invisible wall that has replaced the previous, highly visible territorial division of the German nation is rooted in issues of the past-the Nazi past as well as the German Democratic Republic past. In emphasizing economic differences, the media and academics have avoided dealing with typically German cultural traits. These include the psychological posture of West Germany, which emphasized not differences between East and West but the break with Germany's Nazi past. The adversarial posture of certain professional groups in East Germany towards the liberal and democratic values of West Germany have also been an obstacle. Reviewing the problems accompanying reunification, chapter 1 explores German culture and history and the moral lessons evolved from the Nazi past. Chapter 2 focuses on the East-West mindset and how differences in attitude affect efforts to adapt to reunification. Chapter 3 discusses the simulated break with Nazi Germany in the German Democratic Republic. Chapters 4, 5, and 6 analyze the roots of the adversary posture of the professional groups in East Germany towards the values of the Berlin Republic. Chapter 7 demonstrates the strong presence of inherited, typically German cultural traits among East Germans, such as a lack of individualism, suspicion of strangers, and obedience to authority. Chapter 8 documents the extent to which a right-wing extremist culture has remained latent in Eastern Germany. Chapter 9 documents the extent to which moral reasoning in the GDR relieves the individual of any kind of responsibility for the actions of the state, reproducing the way ordinary Germans rationalized their participation in the Nazi regime immediately after World War II. Chapter 10 concludes with an overview of the historical and sociological factors revolving around the discussion of Nazi Germany, the GDR and inner unification. This volume will be important for historians, political scientists, anthropologists, sociologists, and a general public interested in Germany's reunification.