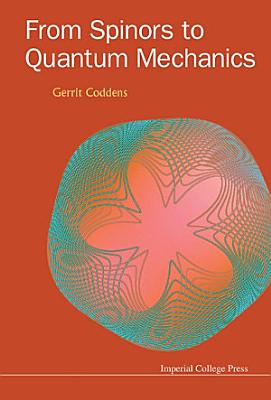 From Spinors to Quantum Mechanics discusses group theory and its use in quantum mechanics. Chapters 1 to 4 offer an introduction to group theory, and it provides the reader with an exact and clear intuition of what a spinor is, showing that spinors are just a mathematically complete notation for group elements. Chapter 5 contains the first rigorous derivation of the Dirac equation from a simple set of assumptions. The remaining chapters will interest the advanced reader who is interested in the meaning of quantum mechanics. They propose a novel approach to the foundations of quantum mechanics, based on the idea that the meaning of the formalism is already provided by the mathematics.In the traditional approach to quantum mechanics as initiated by Heisenberg, one has to start from a number of experimental results and then derive a set of rules and calculations that reproduce the observed experimental results. In such an inductive approach the underlying assumptions are not given at the outset. The reader has to figure them out, and this has proven to be difficult. The book shows that a different, bottom-up approach to quantum mechanics is possible, which merits further investigation as it demonstrates that with the methods used, the reader can obtain the correct results in a context where one would hitherto not expect this to be possible.