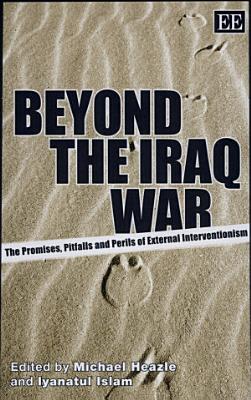 This book critically analyses the topic of US-led external interventions in the affairs of developing countries by using one of the most contested experiments of modern times, namely, the invasion of Iraq and its aftermath. The March 2003 invasion of Iraq has so far failed to deliver the benefits and outcomes its supporters anticipated, prompting international discussion as to whether the promises of externally-led nation-building (as an attempt to mould rogue states in a democratic, market-friendly fashion) are outweighed by the kinds of pitfalls and perils of intervention that have come to characterise the Iraq experience. This book identifies and addresses the major issues emerging from the current debate including the evolution of external interventionism as an idea, an explanation of what went wrong in post-Saddam Iraq and why the Iraq experiment is flawed by the Bush administration's refusal to address long standing political and historical grievances among Muslims as part of the 'War on Terror'. The contributors assess the troubled relationship between Islam and the West, the prospects for democracy in the Middle East, foreign policy debates in the US, and how economics and politics are juxtaposed in a highly contentious manner in any project of externally-driven nation-building. Beyond the Iraq War brings together scholars and practitioners in an attempt to move beyond the polemical dimensions of the existing debate and provide a balanced analysis of what the Iraq enterprise can tell us about the brand of external interventionism espoused by the Bush administration and also the lessons it holds for any future interventions into the affairs of states. It combines a mix of disciplines, most notably international relations and economics as well as theory and empirical evidence. The book is written in a non-technical, but rigorous, manner in order to make complex and diverse issues accessible to the general reader This fascinating and scholarly work will appeal to academics and scholars in the fields of political economics, political science and international relations. Policymakers, journalists and media commentators will also find this work to be of great interest and value.

Beyond the Iraq War

In this unprecedented account of the intensive air and ground operations in Iraq, two of America's most distinguished military historians bring clarity and dept

Michael Schwartz gets behind the headlines, revealing the real dynamics of the Iraq debacle and its legacy.

Charles Duelfer is one of the most senior intelligence officers with on-the-ground experience to have worked in Iraq before, during, and after the Gulf War. His

Taking full account of the factors beyond the control of the U.S. military and avoiding glib comparisons with Vietnam, the author examines how the American appr

The Iraq War remains highly controversial, but in all the uncertainty about weapons of mass destruction, the use and misuse of intelligence, it remains an aweso

The last six years have witnessed a virtually unending debate over U.S. policy toward Iraq, a debate that is likely to continue well into the new administration

Iraq Beyond the Headlines

War Beyond the Battlefield

In an effort to make sense of war beyond the battlefield in studying the wars that were captured under the rubric of the "War on Terror", this special issue boo